So I am walking down the street and yet another artist is standing there handing me his promo card. I always take them because I get it – exposure to this extent for an artist is not an everyday occurrence for most of us. Instead of continuing on with my walk I paused to talk to the guy. He reminds me of a long lost friend. It is at that moment that I look at the card and realize that this is THAT guy. The one who hung the male figure from the wire strung between two buildings.

I have had mixed feelings about Henry Brimmer’s piece since the first moment I saw it. Honestly, the first time I saw it I rolled my eyes. This is the type of stuff that always makes it to the top ten. The masses that come downtown on the weekends eat this stuff up because it is very visible and entertaining to look at.

“Is that a bad thing?” This is what I am wondering as he starts talking to me. “I showed at GRAM last year and I saw the glazed look on people’s faces after 15 minutes of looking at everything. You are never going to win if you do art like that.” He continued on like this for a bit and I quickly realized that this guy’s motivation is to make some money and win this thing.

So here is a perfect example of the frustrating part about ArtPrize. People are attracted to this type of stuff, but I don’t hold that against them. The artists who view ArtPrize as something to win instead of simply doing art for art’s sake I do struggle with. Yes, it is a contest, but this really isn’t how I would want to win it.

ArtPrize is all about exposing interested people to a thought they may have never had before. If someone lets their mind go and all of the things around them disappear for one second so that all they are interacting with is the thought that I temporarily put in their brain, I have succeeded.

I was just wrapping up our conversation with him when a group walked by and a woman said, “I LOVE your art!” he looked at me with a raised eyebrow “I am not ashamed of what I am doing here, but people tell you they love it you should be worried.” 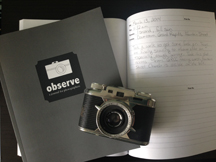 Now at these retail stores: